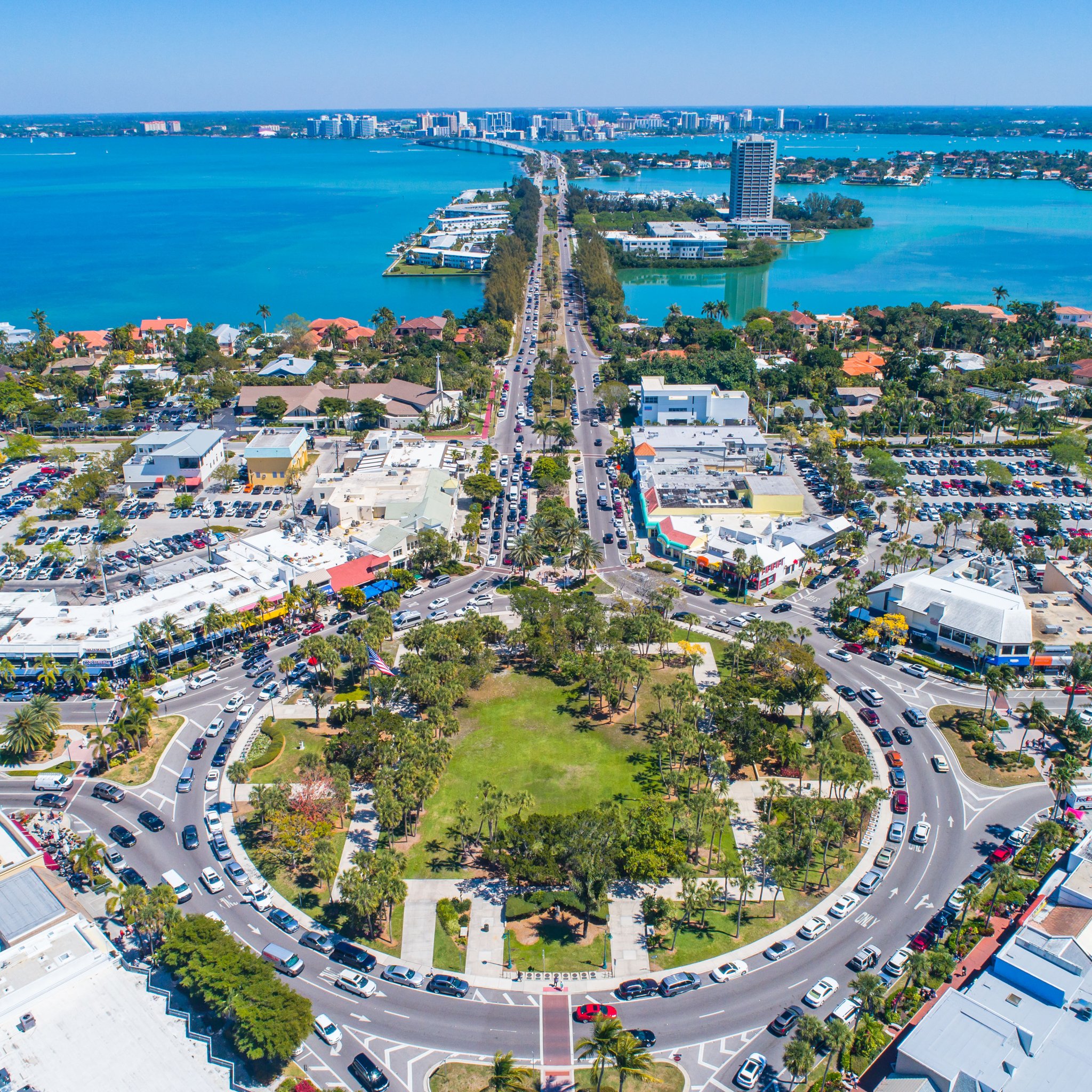 
St. Armands Circle is a shopping and dining island mecca nestled between the sparkling waters of Sarasota Bay and the Gulf of Mexico. With over 130 boutiques, specialty shops, art galleries, and gourmet restaurants, the circle provides a unique and unforgettable experience for visitors and locals alike. Here are some fun facts and tidbits of history that you might want to know about this beautifully unique destination, often termed “The Jewel of Sarasota.”


St. Armand’s Circle was originally settled in 1893 by French pioneer Charles St. Amand who bought 130 acres of land. His name was actually misspelled “Armand” on the land deeds, but the name stuck through the years!


In 1917, the circus tycoon John Ringling bought all of St. Armand’s Key, Bird Key, and Lido Key. He had grand dreams of creating a European-inspired roundabout shopping plaza.  You can visit the John and Mable Ringling Museum of Art which is located just six miles away.


Throughout the early 1920s, Ringling hired crews of dredgers to excavate the canals, construct seawalls, and build sidewalks and streets. He also enlisted circus elephants to haul the huge timbers used to construct the causeway and bridge.


The John Ringling Causeway to St. Armand’s and the Ringling Estates development were opened to the public in 1926. Ringling even led a parade and circus band across the bridge to celebrate the opening day, which was estimated to exceed $1 million in real estate sales. That was a whole lot of money back in the 1920s!


Sadly, the plan fell to a halt as the Great Depression hit and the market crashed. The land all but reverted to its overgrown natural state, and Ringling was forced to donate the causeway to Sarasota County since he couldn’t afford to maintain it. And for over 20 years, the Circle slept…


Ringling’s dreams were later revived as Investors started redeveloping the circle in the 1940s. By the 1960s, it was a thriving spot for fine dining and world-class shopping in a tropical paradise. Since then, it has only grown in popularity and remains one of Florida’s treasured spots, attracting people from all over the world.


Now that you know how this wonderful spot came to be, it’s time to come shop, dine, and explore all it has to offer!

To continue searching, you must agree to the Terms of Use.

For the best experience, please provide your cell phone number and select accept below to opt-in to our Terms & Conditions and Privacy Policy to begin receiving text and voice communications.

or make a new notebook

Search the full MLS and Exclusive Property Listings.
(Prices and inventory current as of May 16, 2022)

See local market activity affecting the value of
your home & maximize your investment.

We just need your phone number to finish creating your account.